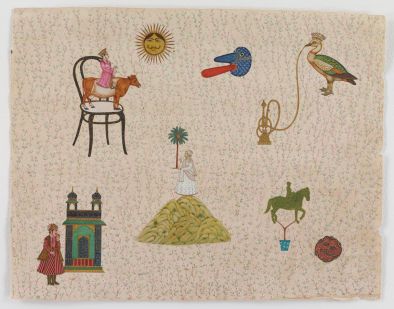 Elias Muhanna is Associate Professor of Comparative Literature and History at Brown University. He earned his doctorate in Near Eastern Languages & Civilizations from Harvard University and has held fellowships from the American Council of Learned Societies and the Whiting Foundation.

His research focuses on the history of encyclopedic texts in the Islamic world and Europe, the cultural production of the Mamluk Empire, and the problem of the vernacular in different literary traditions. His publications include The World in a Book: Al-Nuwayri and the Islamic Encyclopedic Tradition (Princeton University Press, 2018) and The Ultimate Ambition in the Arts of Erudition (Penguin, 2016), a translation of a 14th-century Arabic encyclopedia.

Muhanna’s essays and criticism appear regularly in the mainstream press. He writes frequently for The New York Times, The New Yorker,  The Nation, and other periodicals. Between 2008-2013, he maintained a widely-read blog about Levantine politics, Qifa Nabki.